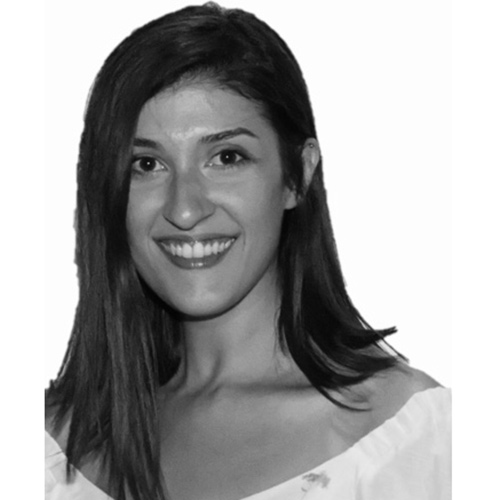 Born 25 January 1989, Elina is the Administrative Officer of the Cyprus Fiduciary Association.

After graduating from The Grammar School Nicosia, Elina attended college for one year and studied English language and literature.

Her interest in society and human behaviour led her to study Sociology at Kingston University where she obtained a BSc (Hons) Degree.

After completing her degree, she lived and served in London as a youth justice worker for Her Majesty’s Prison and Probation Service and at the same time actively engaged in social work.
Having always been passionate about writing, she joined the London School of Journalism and completed a Graduate Diploma in General Journalism.

In December 2016 Elina moved to Melbourne, Australia where she worked as senior customer support and administration officer for Autism Aligned. She then joined VITS Language Loop in 2019 as an accredited Interpreter, where she worked with the Victorian government, corporate and allied health agencies, to assist them in connecting with their customers and overcoming the language barrier.

As of September 2021, Elina is responsible for the day-to-day operation of the Cyprus Fiduciary Association.

She holds a Grand Diplome in French Cuisine and a Basic Diplome in French Patisserie from Le Cordon Bleu in London. Elina studied the piano for eight years, plays tennis, is fluent in English, Greek, and French, and has intermediate knowledge of Spanish.